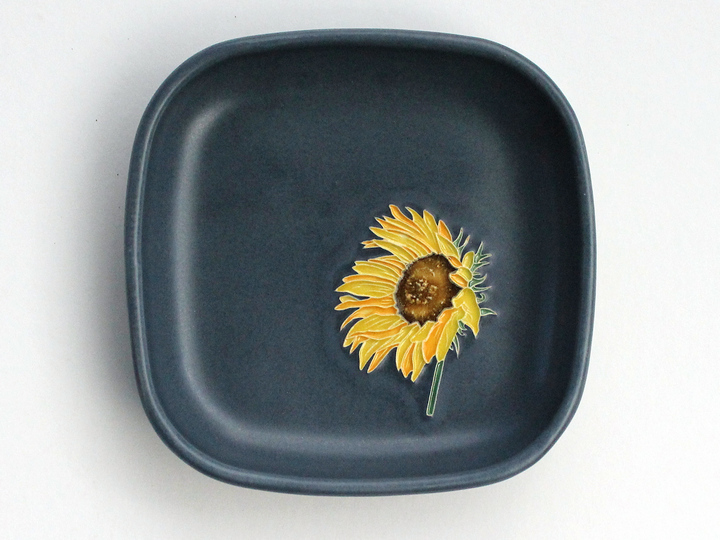 These small square trays with a carved sunflower are simple and modern with four small feet. Perfect for serving food, keeping keys or jewelry contained, or just for display. The trays are microwave- and dishwasher-safe.