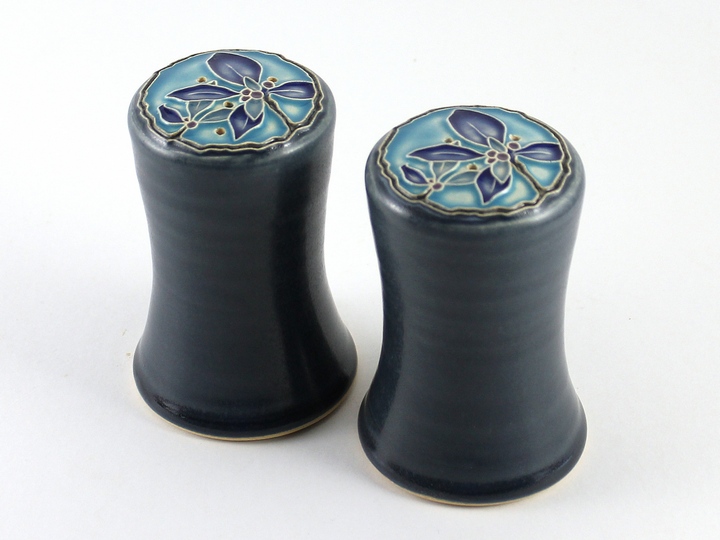 This set of salt and pepper shakers is a beautiful complement to any table. Each shaker has three holes. The shakers are easy to fill and have a white flexible rubber stopper on the underside.

The intricate patterns on the salt and pepper shakers were drawn and then hand carved. The shakers were thrown on the potter’s wheel and then finished and assembled when partially dry. After a bisque firing to 1900 degrees, glazes are applied with bulb syringes to different sections of the work, giving a cloisonné-like effect. All work is made of stoneware clay and fired to over 2100 degrees.