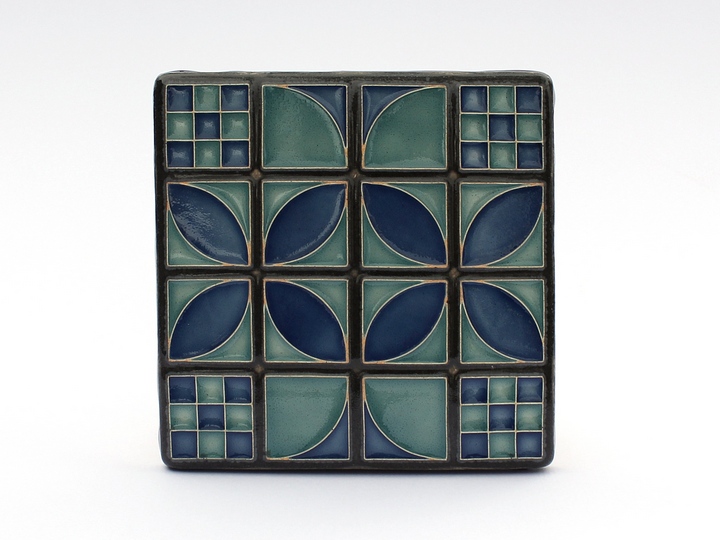 The design was initially drawn on paper and then hand-carved it into plaster before making a series of rubber and plaster production molds. Each tile is RAM-pressed and finished by hand. After a bisque firing to 1900 degrees, each section of the tile is carefully glazed using a bulb syringe before the final glaze firing to 2150 degrees.

All of our tiles are notched on the back and can be hung as art tiles, or they can be installed as part of a backsplash or fireplace surround.

Size: 5″ wide x 5″ tall
The clay and glazes are lead-free and food safe.