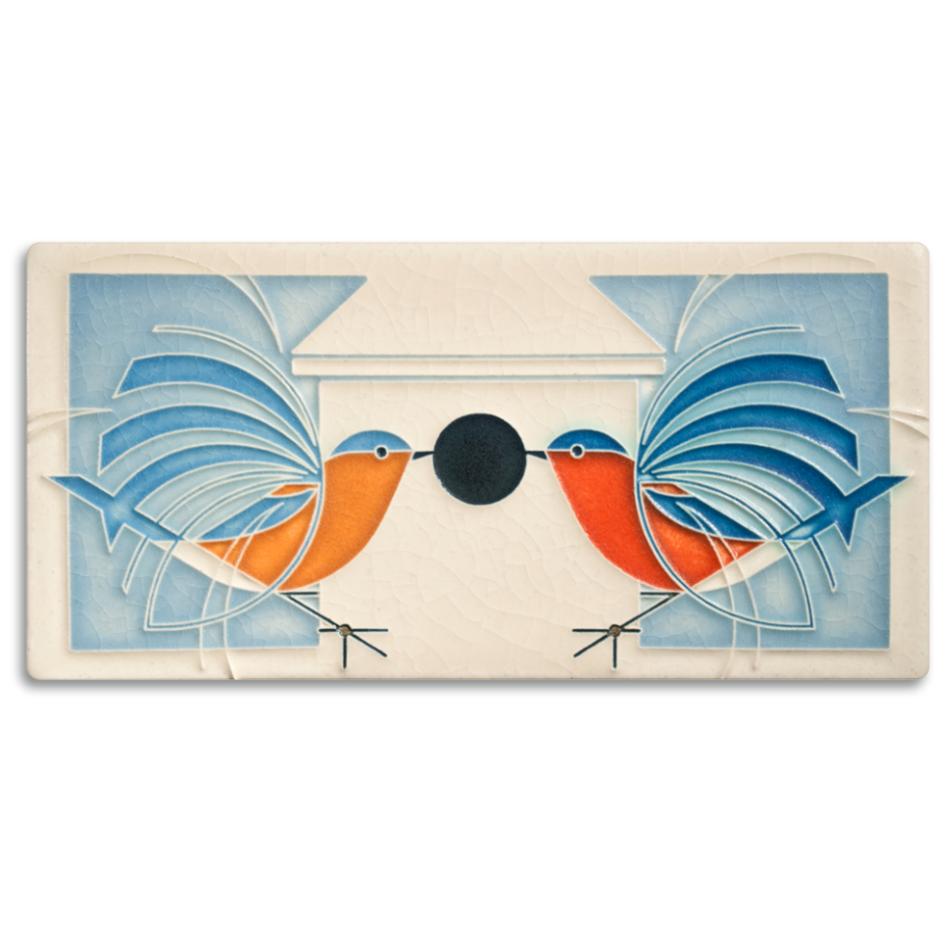 "Home may be where the heart is for humans, but for bluebirds the heart is where the home is going to be".Mid-century modern meets Motawi mastery in these tiles based on the work of celebrated wildlife artist Charley Harper (1922-2007), a self-described "minimal realist." Homecoming is from the Harper lithograph of the same name.Actual tile size: 3-13/16" x 7-13/16"Tile is 5/8" thick and has a notch at the back for hanging.Motawi Tileworks was founded in 1992 by Nawal Motawi, who started making tiles in her garage and selling them at the Ann Arbor Farmers Market. More than 30 people now now make tiles in a 12,900 square foot studio; and sell them across the United States.