For The Home > Fireplace Tile in Green 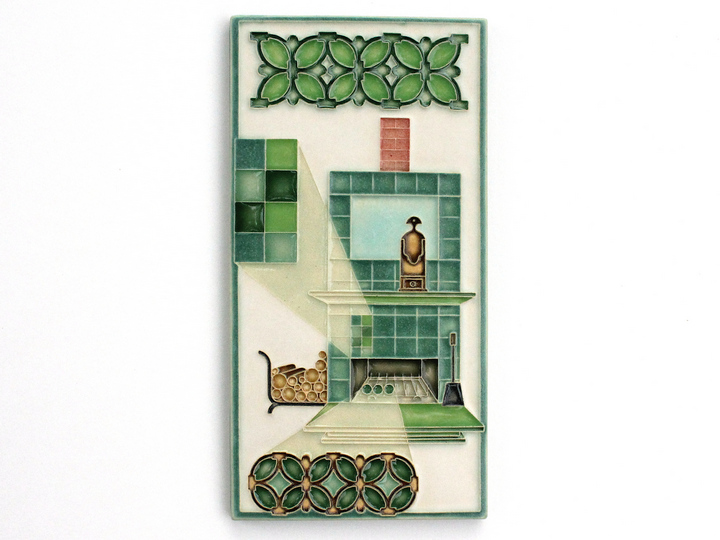 This modern tile is one in a new series of fantasy designs for fireplaces. The back of the tile is notched for ease of hanging.