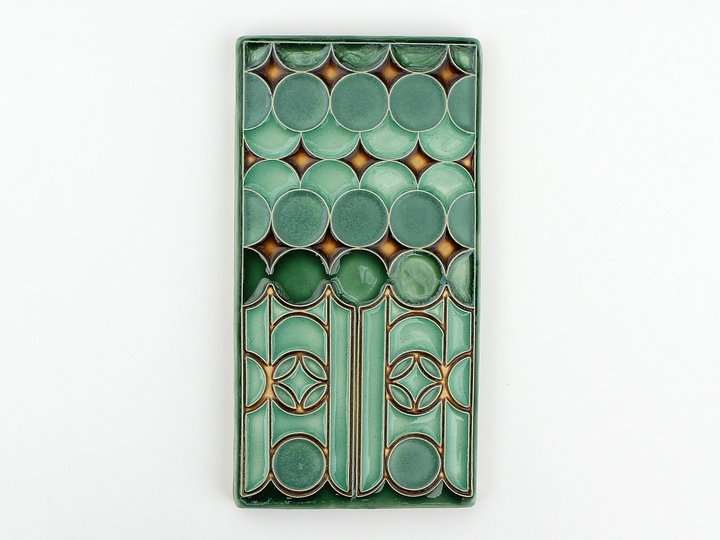 This modern tile design features a pattern reminiscent of an ironwork gate and is glazed in shades of green and brown. A green glaze border frames the tile, and the back of the tile is notched for ease of hanging.