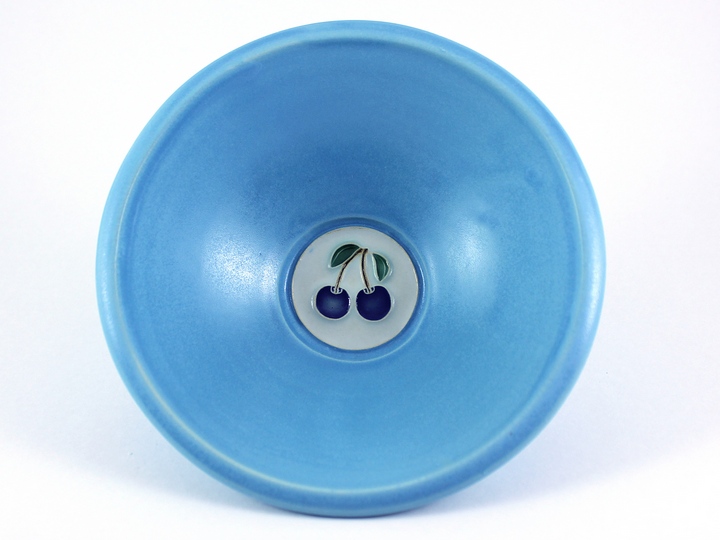 This bowl with a carved cherry design in the bottom is a perfect size for salad, soup, or pasta.  The bowl is microwave- and dishwasher-safe.

The original bowl was thrown on the potter’s wheel and then cast to create a master mold. The design was drawn on paper and then hand-carved it into plaster before making a series of rubber and plaster production molds. Each bowl is RAM-pressed and finished by hand. After a bisque firing to 1900 degrees, each section of the design is carefully glazed using a bulb syringe before the final glaze firing to 2150 degrees. All work is made of stoneware clay.