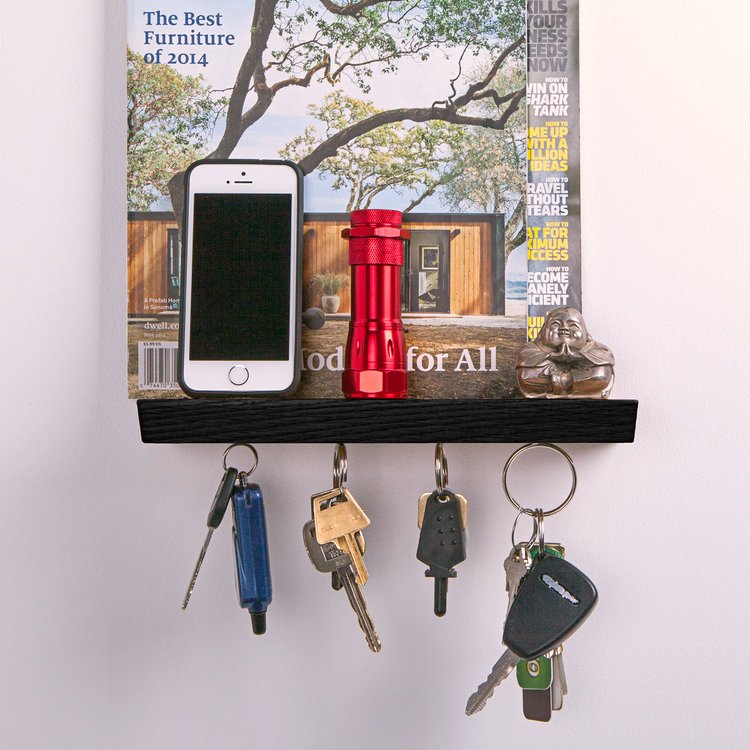 Meet the floating magnetic key shelf by Well Made. Made from solid wood, each key rack is handcrafted in Chicago. The magnets on the underside help keep you more organized! 10" wide, with 4 magnets for 80+ keys! Mounting brackets on the back.