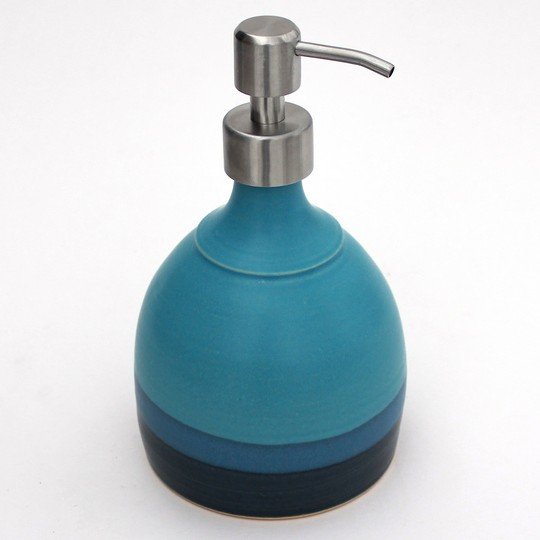 This soap dispenser is easy to use and beautiful on the counter. The pump is stainless steel.