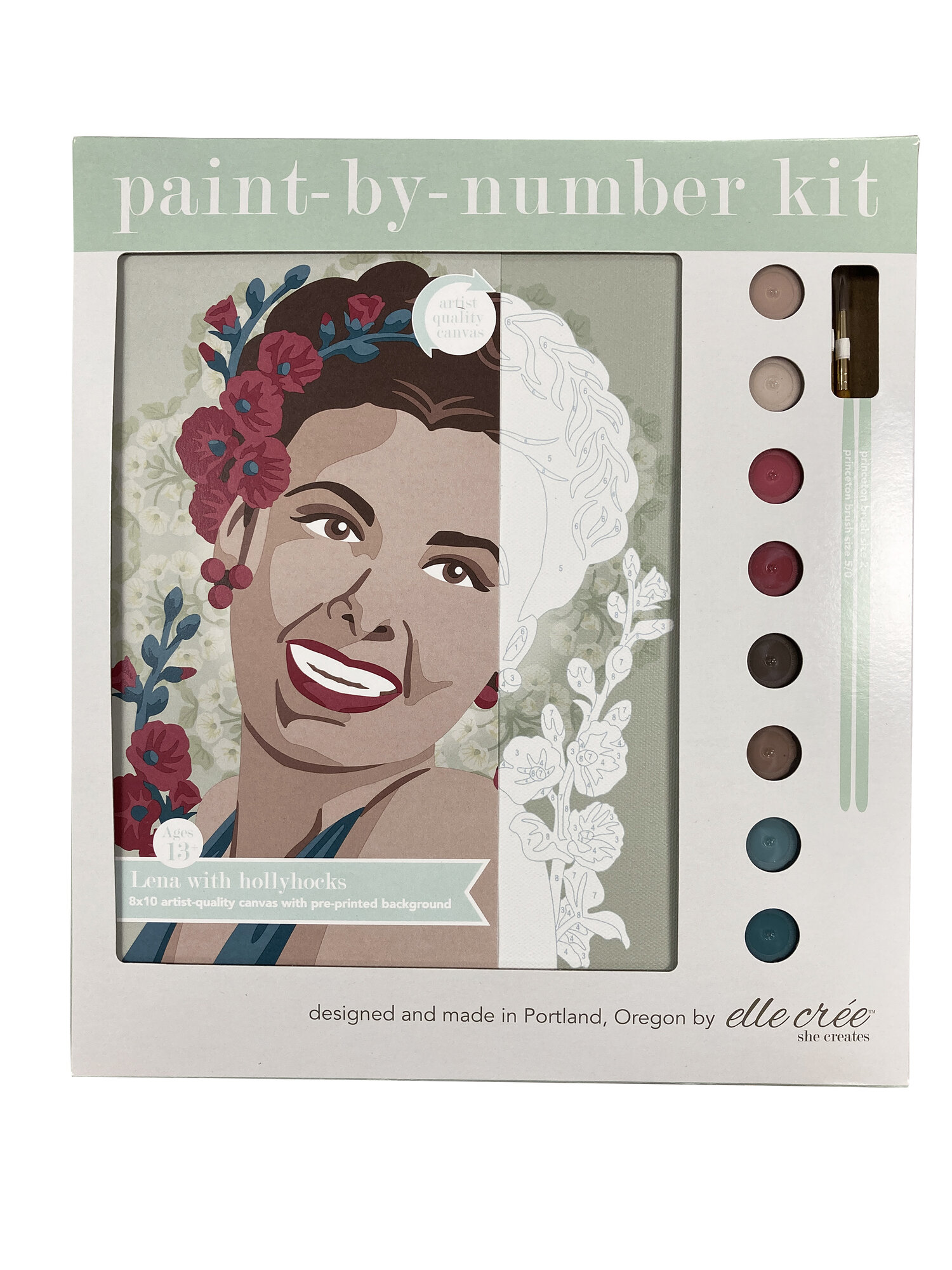 Lena Horne (1917 – 2010) was the ultimate “triple-threat.” She acted, sang, and danced in movies and at social clubs in the 1940’s and ‘50’s. Although she was prevented from taking center stage in many Hollywood films due to racist policies, she won both Tony and Grammy awards during her career, and holds the record for the longest-running solo performance in Broadway history for her 300-show-run of Lena Horne: The Lady and Her Music. Later in life, she became known for her activism - working with Eleanor Roosevelt on anti-lynching legislation and participating in the 1963 March on Washington.

“It's not the load that breaks you down, it's the way you carry it.

Carry it by the comfortable handles of gratitude for what's positive

and that it is not worse, rather than the uncomfortable edges of bitterness

for the negatives and that it is not better.”

“Lena with hollyhocks” features performer Lena Horne surrounded by hollyhocks. The pre-printed, full-color background features an art nouveau style halo of white hollyhocks. Completing the painting can take between 3-5 hours. When completed, select a frame at your local craft store and display! Recommended for ages 13 and up.